Westwood Paraprofessional Sworn in as US Citizen
Sep 23 2021

Jackie Torres, a kindergarten paraprofessional at Westwood School, is celebrating dual citizenship and honoring the legacy of her parents after recently passing the U.S. Citizenship test.

Read more about Westwood Paraprofessional Sworn in as US Citizen

Amid an excited crowd at the Dalton High football game, Dalia Santiago was presented with the 2021 Tom Jones Educator of the Year Award. Santiago has taught at Dalton Public Schools for 24 years and is best known in the community as a leader in multicultural education. Trisha Bethel, daughter of the late Tom Jones, along with other family members presented the award.

Bliss Jones is being celebrated for her dedication to excellence throughout the 2020-2021 school year. As the district COVID coordinator, Jones is recognized for playing an essential role in implementing the COVID response for Dalton Public Schools. 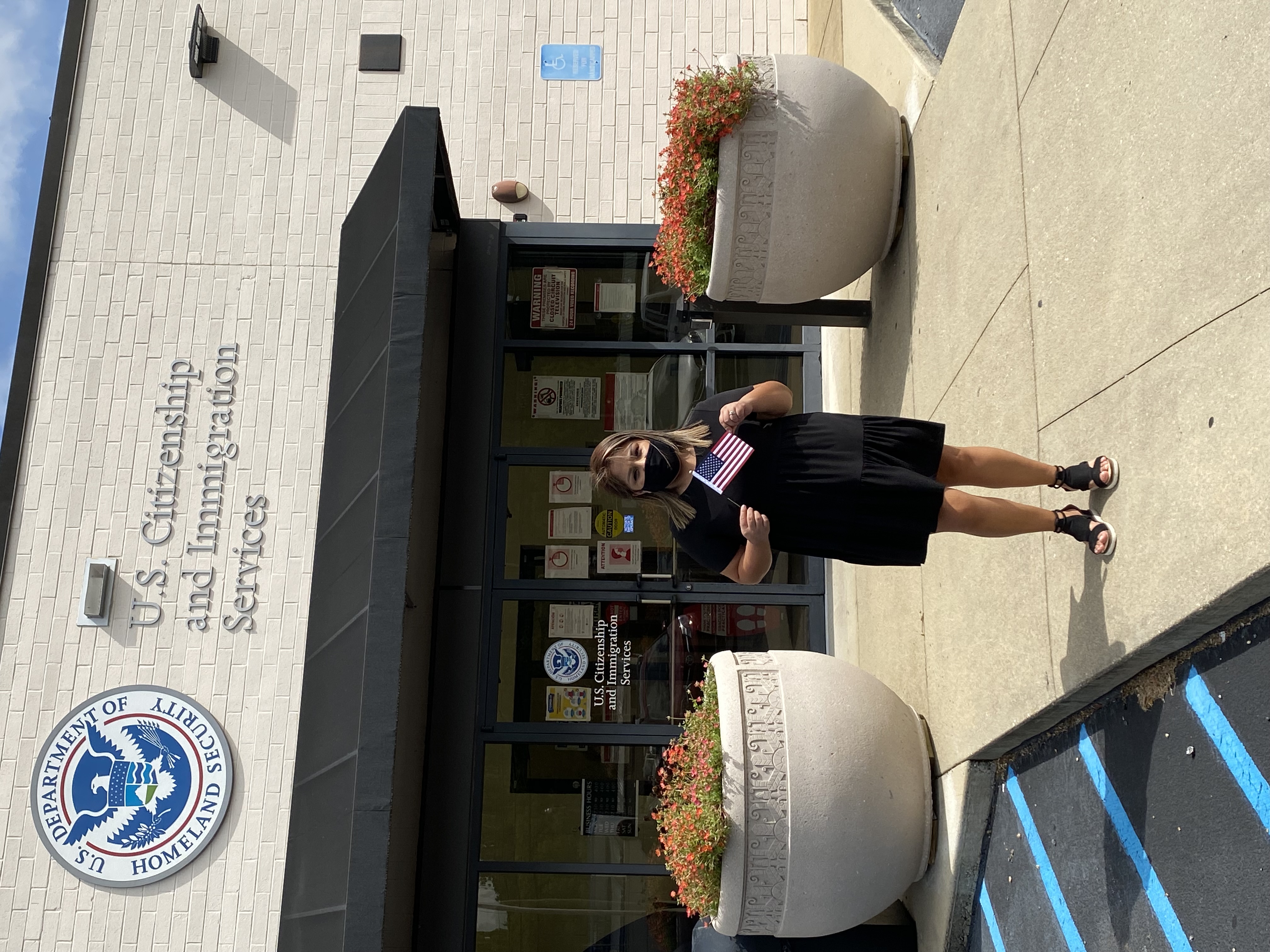 Jackie Torres, a kindergarten paraprofessional at Westwood School, is celebrating dual citizenship and honoring the legacy of her parents after recently passing the U.S. Citizenship test.

The mother of three started the process of becoming a United States citizen last September after consistent encouragement from her family. Torres, whose parents moved to Anaheim, California from Mexico City when she was three, was the last of her family to pursue naturalization.

Torres said her schooling in America made the civics exam portion of the process easier. The answers to questions such as, "Who was the first president?" and "What age do you register to vote?" came easily to Torres, but she says there are many who are not as fortunate to have American schooling.

"I really didn't have to study," Torres said. "I'm thankful that I went to school here in the states, so it was more of a review. For my parents, I was the one who helped them out and studied with them. I'm blessed to say it was an easy test, but for others, it wasn't."

Torres thanks her parents, who originally moved from California to Dalton, Georgia, for work, for their sacrifices that made her future possible.

In light of Hispanic Heritage month, Torres is reflecting on the impact that her childhood summers spent in Mexico have had on her appreciation of her heritage.

"I always tell everybody, 'There's that Mexican in my blood,'" Torres said. "We've always said we were both Mexican and United States citizens. I value the culture behind it and try to teach it to my children. I'm proud of where I was born, but the United States brought me up. I still value the background of where my parents and I came from. When I was younger, every year, I spent two months during the summer in Mexico so I wouldn't forget where I came from."

When working with students, Torres encourages a celebration of diversity and inspires her students to be proud of their heritage.

"With our dual language students in Westwood, we always talk about how we are all different, and it doesn't matter our skin tone or our languages," Torres said. "It's awesome to know more than one language. We always tell those students who know other languages, 'Hey, you can teach someone else. Be proud of that.'"

When Torres was officially sworn in as a United States citizen in late August, her parent's sacrifices and a lifetime of dedication to responsible citizenship was recognized. She says she has always felt like a U.S. citizen, but now, she's able to celebrate this accomplishment alongside her family and peers.

"Every sacrifice that my parents made was worth it," Torres said. "To me, I've always been a U.S. citizen, even though legally I wasn't. To me, this was just a paper, but I never thought it motivated my children. For my children, it was more than that. They were proud of me. I'm proud of where I am and where I live."